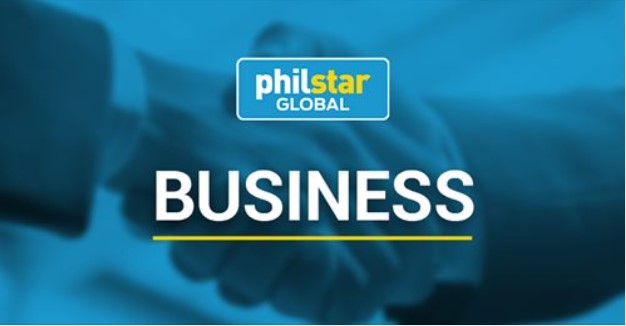 No kidding. It was Jose Rizal, the same guy who was martyred at the Luneta, who first suggested in 1888 that digging a canal between Laguna de Bay and Manila Bay is a good idea. Over a century later, we still have not implemented it.

My UP Prep 66 batchmate, former DPWH Usec. Mabini “EQ” Pablo called my attention to the role of Jose Rizal. He lightheartedly corrected the impression that it was Jun Palafox who thought of it.

EQ said it was his Alpha Sigma brod, Architect Cesar Aljama who pointed out the role of the national hero. Go back to your El Filibusterismo to confirm, he said.

Then he sent me a Viber message with the exact passages in El Fili:

In the first chapter of the novel, as the passengers on the deck of the steamship “Tabo,” who were traveling from Manila to Laguna via the Pasig River, were complaining about the circuitous route, the twists and turns, and the sandbars. And because there were many shallow parts in the river, the boat travelled slowly.

They wondered what could be done to move faster. Simoun, the jeweler, suggested: “Dig a canal straight from the entrance of the river to its exit passing by Manila, that is: make a new river channel and close up the old Pasig. Land will be saved, distances shortened and the formation of shoals impeded.

“The proposal left almost all (including Ben Zayb, Don Custodio, Padre Salvi, Padre Sibyla, Padre Camorra, and Doña Victorina) in a daze, accustomed as they were to palliative measures.”

The recent flooding of Marikina and other low-lying areas of Manila brought about by Typhoon Ulysses has once more brought up the possibilities of digging a canal from Laguna de Bay, passing through Parañaque, that will empty into Manila Bay. Such a spillway is thought of as an urban planning solution to facilitate the fast and unimpeded flow of flood water.

But the Parañaque Spillway is now next to impossible to build because the right of way is all built up. Only the proposal of San Miguel’s Ramon Ang to use tunnels instead, seems viable.

According to EQ, the Parañaque Spillway was part of the Metro Manila flood control master plan, as designed during the Marcos days. It was undertaken as a joint project by the Department of Public Works and the United Nations Development Program, and was headed by Teodoro Encarnacion.

EQ wonders: “Can you just imagine the magnitude of environmental impact to Laguna de Bay had those projects pushed through?”

I must point out Marcos and Imelda could have completed the projects if they weren’t preoccupied with other things not in the national interest. It was martial law and getting right of way was easy.

They had money for a nuclear plant, a spillway is much less expensive. Some of the best brains of the time were already completing the studies for the spillway and their efforts were simply wasted.

I also exchanged emails with Antonia Loyzaga of Ateneo’s Manila Observatory. Their work helped Fr. Jett Villarin, then chairman of the observatory, get recognition as a member of the Intergovernmental Panel on Climate Change (IPCC) which received a Nobel Peace Prize in 2007.

I asked Ms. Loyzaga what ought to be done to address the perennial flooding problem. Her response:

“The solutions will have to be a combination of measures. Clearing the choke points, preventing siltation through improvement of forest and ground cover in the upland, dredging, addressing the conditions in Laguna de Bay, new adaptive drainage infrastructure and management systems, would be just some of these.

“The choke points became an issue because Ondoy’s floods were blamed on informal settlements. Where they blocked drainage ways – such in Manggahan Floodway, this was true.

“But the floods really were due to a combination of physical and social factors on the ground and the extreme weather that is made more likely due to the climate change.

“We assumed that many of the ‘formal’ choke points were permitted by different city authorities. These appeared to have been made without meaningful reference to watershed boundaries, including river conditions and behaviors.

“Regional and urban planning gaps and failure to coordinate and regulate the intensification and expansion of the metropolis were, and continue to be critical to disaster risk reduction in NCR.

“Aside from the choke points, housing policy and programs, and the availability of safe and affordable housing for low income groups are a manifestation of these gaps and failures, as well.

“My own thoughts are about how we need to be resilient by design. The approach needs to be regional, trans-disciplinary, and multi-stakeholder.

“If we would like Metro Manila to survive the next big flood or earthquake, we need a whole-of-society and not just a whole-of-government approach. Academe, the private sector, expert practitioners, and civil society organizations should be involved.

“Most importantly, the LGUs need to be made ready for evidence informed risk governance. The private sector and academe can really help drive this process of change as they, at least in this country, lead in the areas of science, technology, innovation and crisis management.

“Since MM, Regions 3 and 4-A are the economic centers of the country today, a watershed boundary- based approach, that is ridge-river-reef, to flood management is needed. All hands must be on deck and a leader /leaders must step up.

“Mayor Bloomberg did this post-Sandy. I believe it can be done here.”

We don’t have a shortage of brain power to solve this flooding problem. What we have is a lack of will power. And so, the problem just becomes worse every year, constantly testing our resilience.