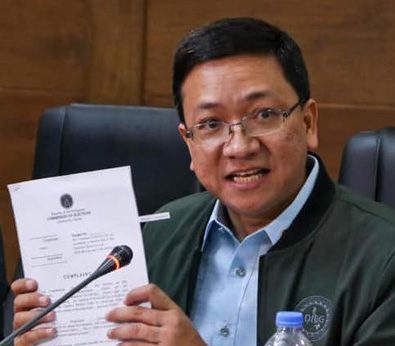 Manila, Philippines — The government and the private sector came together this week to make the country more resilient to calamities.

The DILG’s partnership with the private sector dovetails with the latter’s efforts towards disaster resilience in the country.

In September last year, the Duterte administration launched the Resilient Cities/Municipalities Leadership Program for local chief executives at Taguig City. It was hailed as the first public-private partnership (PPP) for disaster resilience.

The partnership was tested last April 22 when a 6.1 magnitude earthquake shook Luzon and some parts of the country and resulted in the collapse of the crowded Chuzon supermarket in Porac, Pampanga.

The quake caused the building’s steel and concrete foundations to crumble within seven seconds, giving victims inside the supermarket no chance to escape as governed in the Philippines’ building code.

The footage bolstered suspicions that the steel used in the construction of the supermarket were of “poor quality”.

Investigators pointed to “quench-tempered” (QT) steel bars found at the Chuzon site that may have caused the beams of the building to give way prematurely even before victims inside had the opportunity to “duck, cover and hold.”

The NRC expressed concern over the incident, noting that the Philippines is located in the Pacific Ring of Fire, an area where seismic activity is a given.

Since April, over a dozen significant quakes have been felt in Metro Manila and other provinces, suggesting the possibility of a “big one” soon to follow. Both government and private sector leaders involved in the partnership vowed last week to ensure that the country would be better prepared should this happen.

Undersecretary Malaya lauded the partnership between various government offices and the private sector. The conduct of simultaneous earthquake drills last week will test the overall efficiency and usefulness of many LGUs in terms of preparedness, response, and recovery plans, he explained.

“Through these scenario-based drills, we will not only test if disaster preparedness plans in many cities and municipalities are working; we will also be able to train our people to cope with hazards and reduce their vulnerability,” he said.

Learning from the magnitude 6.1 earthquake last April 22, the DILG is prodding LGUs to do an infrastructure audit within their respective areas to ensure public safety.

This way, the DILG can assess structures, possible hazards, and methods of risk prevention and mitigation.

Raising the bar for construction materials, building practices
Of particular concern to the DILG are reports that steel rebars used in many construction sites in the country are of “poor quality”.

The Department of Trade and Industry (DTI) is moving to standardize the manufacture and labeling of steel reinforcing bars, particularly for high rise buildings. This includes the embossing on each rebar of the steel grade of a product to properly identify its quality, within the year.

The labeling, or “embossing” of grades which reflect the actual type of steel, complement other reforms being instituted by the DTI. These include crucial “cyclic loading tests” for locally manufactured steel rebars, which calls for these to be subjected to repeated, fluctuating intensity stress tests; and minimal steel grade requirements (grade 60) for rebars to be used in buildings, and other infrastructure.