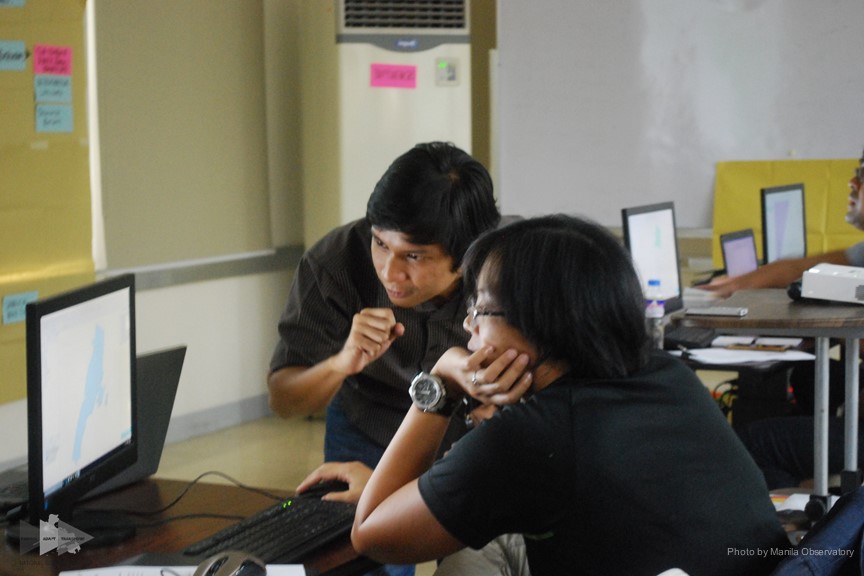 It was also designed to build among the NRC partners an understanding of the tools used towards disaster resilience, to capacitate them in conducting comprehensive assessments that cut across several factors of climate and disaster risks and integrate the physical and social variables in analyzing hazards, exposures, vulnerabilities and risk indexing (HEVRI). This capacity is essential in enabling their LGUs to accomplish their Scorecard for Resilient Local Government Systems.

There were two types of participants from NRC’s LGU and academic partners. From the LGUs, these were the Focal Person, Disaster Risk Reduction and Management (DRRM) Officer, the Pillar Champions and the designated technical staff. Focal Persons for Leadership and Governance and Science & Technology, on the other hand,represented the academic partners.

The 1st phase of the certificate course started with a 2-day orientation introducing CDRA as a comprehensive analysis that integrates complex and dynamic data—which makes use of space-based methods such as remote sensing and geographic information systems (RS-GIS)—with social variables for a holistic approach to risk assessments. The orientation, attended by all of the participants, consisted of introductory lectures on CDRA, the different tools for analysis and the importance of social dimensions to risk assessments.

This was followed by a 3-day workshop—which only involved the LGUs’ designated technical staff and the academic partners’ Science and Technology Focal Persons—on the application of CDRA where MO research staff guided the participants in using the GIS tools for integrated risk mapping.

By the end of the event, the participants produced their own risk maps and started their CDRA proposals. Overall, the participants found the training useful as the activities complemented and helped them improve their knowledge and skills.To complete the certificate course on CDRA, participants would also undergo two more phases: coaching and mentoring; and production of their own integrated risk maps.

The CDRA training for the certificate course is an initiative of NRC, a science and technology-based evidence-informed public-private partnership capacitating the local government in disaster resilience, in partnership with MO, a Jesuit scientific institution focused on advancing its mission in environmental and pre-disaster science, and Ateneo de Manila University (ADMU), a private Jesuit research university.

Photos courtesy of the Manila Observatory. 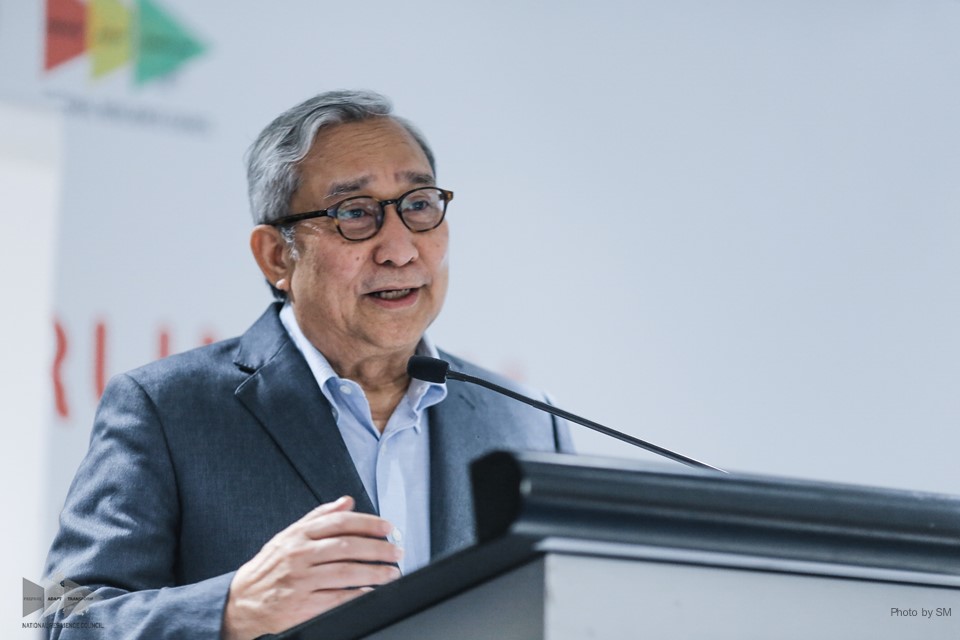 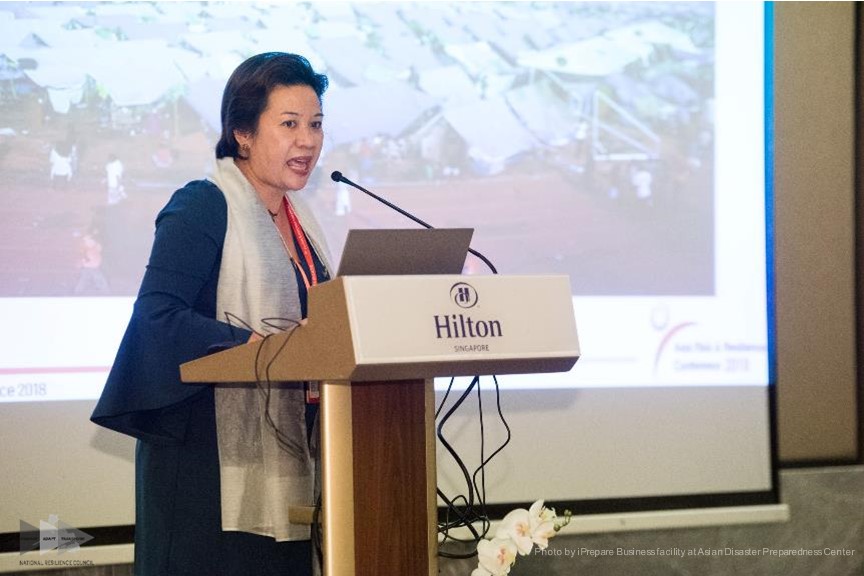 Talking about disasters, risks and resilience have become urgent in recent years. Different sectors are now compelled to take on their respective roles in preparing for and preventing disasters that may lie ahead anywhere in the world. At the recent Asia Risk and Resilience Conference that took place in Singapore from 29-31 August, Zamboanga City Administrator and concurrent Local Economic Investment Promotions Officer, Ms. Marie Angelique Go, shared Zamboanga City’s ongoing journey towards resilient local government systems in local economy.

This event organized by the Business Continuity Planning Asia Pte Ltd(BCP Asia), the International Association of Emergency Managers (IAEM) and Risk and Insurance Management Association of Singapore (RIMAS) served as a platform for discussions on disaster risk and corporate governance.

In a session on building resilience in the private sector, Go presented the experience of Zamboanga City as a case study for the local government. With its ongoing partnership with the National Resilience Council (NRC), a science and technology-based evidence-informed public-private partnership (PPP) promoting disaster resilience, the city is building the resilience of its local government systems through the NRC Resilience Scorecard. This move is critical after the city experienced a humanitarian crisis in 2013. It is likewise an important input and reference for the Zamboanga City Roadmap to Recovery and Reconstruction (Z3R).

Go then emphasized how it was imperative for the government to work on their resilience of its economic activities by linking small and medium enterprises (SMEs) to large businesses. She explained that Local Economy is oneof the critical pillars of the NRC Scorecard for resilient local government systems. The NRC Scorecard therefore serves as a guide for the City on how to assess and monitor its DRRM programs and overall disaster resilience in relation to its business sector.

Zamboanga City is one of eight LGUs participating in NRC’s three-year Resilient LGU program. Other partners include Bataan Province, Cagayan de Oro City, Iloilo City, Iriga City, Naga City, Ormoc City and Valenzuela City. NRC is guiding these LGUs in accomplishing their comprehensive and localized Resilience Scorecard in order to be considered prepared, adapted and transformed in the context of disaster resilience. 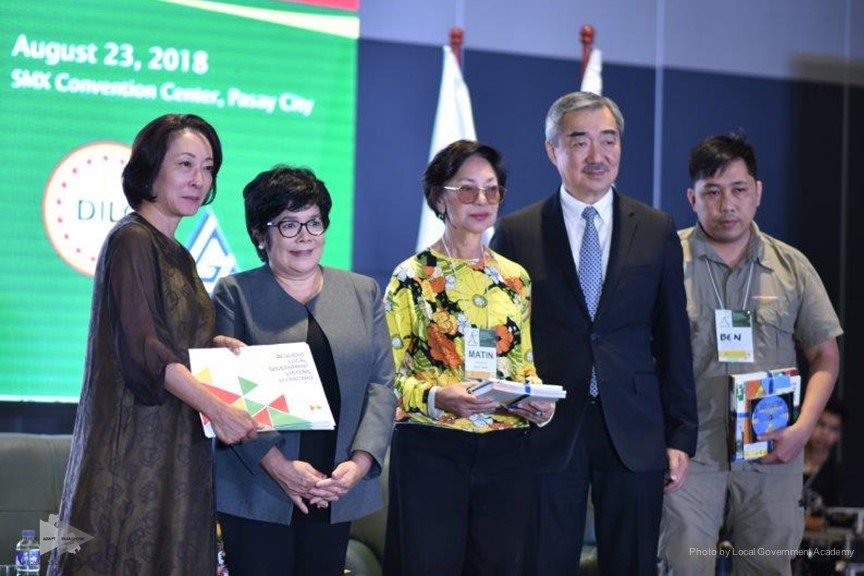 Photos by the Local Government Academy and National Resilience Council 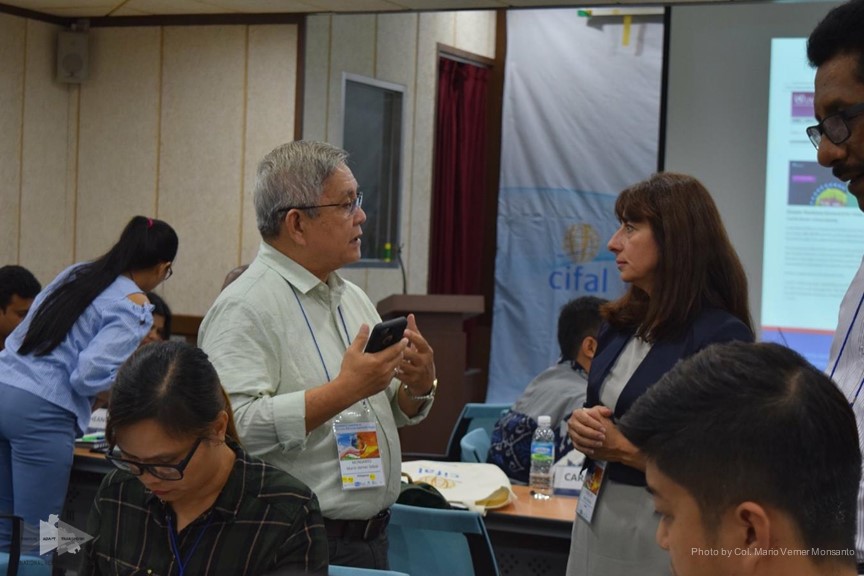 From July 31 to August 3, around 38 representatives from 19 countries gathered at Jeju-do, South Korea for the four-day training-workshop on “Developing Capacities on Climate Change Adaptation and Disaster Risk Reduction in Asia-Pacific Region.”

The event was a forum for knowledge sharing, as well as learning sessions on developing local disaster risk reduction plans and applying tools for Making Cities Resilient Campaign.

Regarding lessons from the workshop that will greatly benefit his city, Monsanto chose the formulation of scorecards for each of the 10 Essentials of Making Cities Resilient of the Sendai Framework for Disaster Risk Reduction.

“These scorecards are complimentary to the NRC Resilient Local Government Systems Scorecard as it can be used to assess the resilience of each and every barangay,” Monsanto elaborated. “The resilience of my city is only as strong as the weakest barangay that compose my city.”

Dr. Antonio also saw its importance as it is critical for cities to integrate it to the overall disaster risk reduction planning process and mainstream it into urban development planning and design.

Monsanto was happy to note that workshop facilitators and fellow representatives lauded the Philippines for its efforts in disaster risk reduction. Dr. Apolinario pointed out that being disaster-prone compels the Philippines to do all it can to reduce and manage disaster, mentioning national efforts in policy making such as the Climate Change Act of 2009 and the Disaster Risk Reduction and Management Act of 2010. The local government, on the other hand,has pushed for setting up Local Disaster Risk Reduction and Management Offices (LDRRMOs) that can directly work with national agencies.

Despite all the work the government has been putting into DRR, both Monsanto and Dr. Apolinario acknowledge there is still a lot to be done. To name a few, Dr. Apolinario mentioned stronger infrastructure, well-coordinated Early Warning Systems (EWS) that come with communication protocol for the stakeholders involved, intensified Information,Education, and Communication (IEC) campaigns for the communities and comprehensive plans for proper environment and natural resources management.

Monsanto also emphasized that DRR is not the job of the government and its partners alone. “The general public has to be involved. [They have] to be drawn in. And this can be attained if they are informed and empowered.”

Cagayan de Oro City and Zamboanga City are among the local government partners of the National Resilience Council (NRC)—a science and technology-based evidence-informed public-private partnership capacitating the local government in disaster resilience—for the Resilient LGU Program, a three-year initiative that involves creating and implementing a Resilience Scorecard for a prepared, adapted and transformed LGU.

Special thanks to the following for providing their insights: