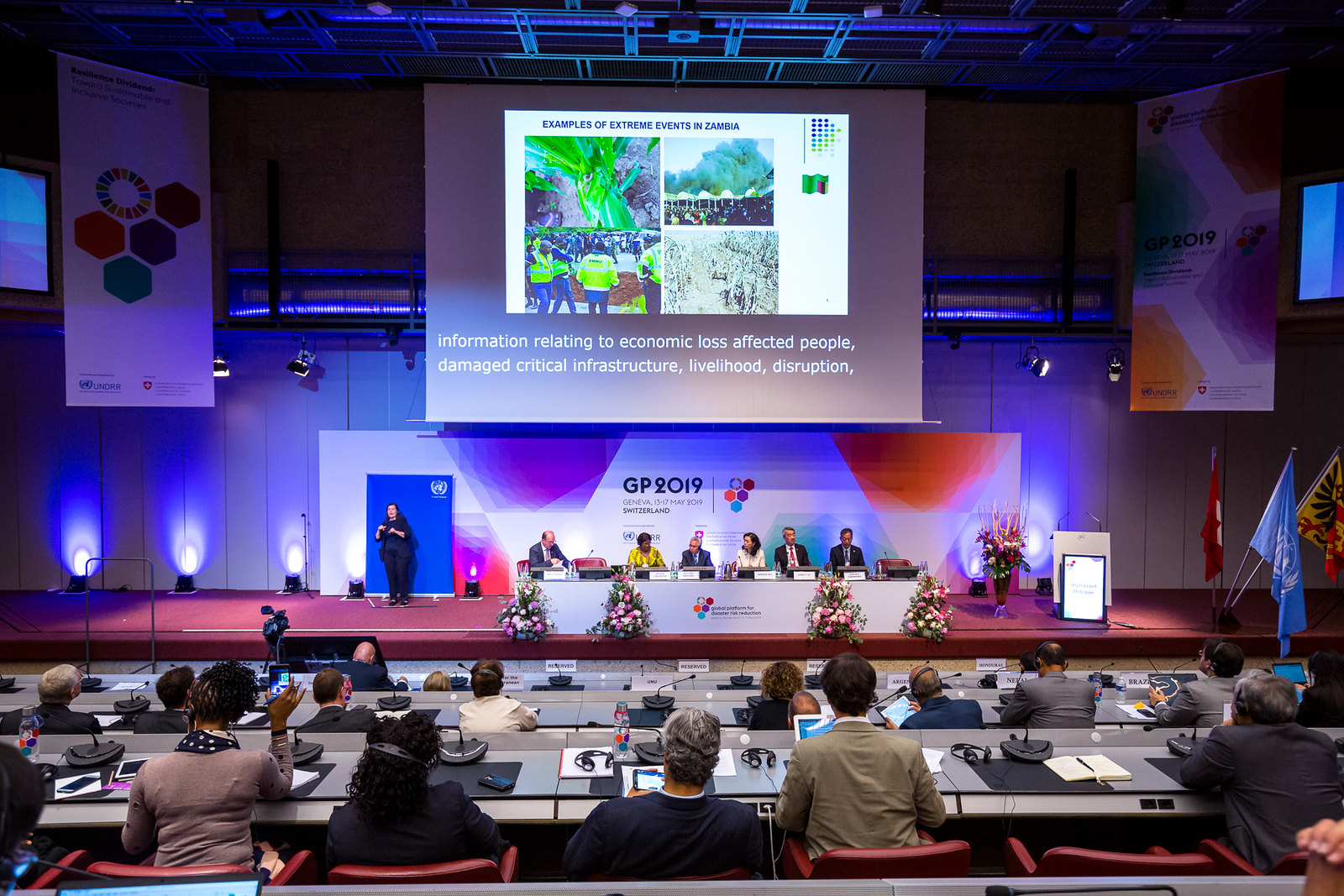 Held from May 13 to 17 in Geneva, Switzerland, GP2019 was the last global session before achieving Target E of the Sendai Framework: Substantially increase the number of countries with national and local disaster risk reduction strategies by 2020. UNDRR organizes the Global Platform every two years as a chance to evaluate programs and initiatives, share knowledge on and discuss the progress and trends in disaster risk reduction (DRR).

Mr. Sy also spoke in the May 16 High Level Dialogue session on “Risk-Informed Public and Private Investments”. It was an opportunity to share best practices and explore approaches to coming up with good risk-informed and multi-dividend investments. During the session, Mr. Sy highlighted SM Prime’s investments to resilience and the work of NRC in reducing security risk by addressing informal settlement issues in Metro Manila.

On the same day, Ms. Loyzaga participated as a panelist at an interactive discussion on “Mechanisms for Impact: Identifying Modalities towards Successful SEM” at the Stakeholder Forum. The session allowed participants to share and learn good practices from initiatives around the world with a multi-sectoral approach to disaster risk reduction and resilience. SEM, or the Stakeholder Engagement Mechanism, is a UNDRR initiative that aims to foster closer engagement among stakeholders in the implementation of the Sendai Framework, while also linking itself to other processes with similar mechanisms.

On May 16, UNDRR unveiled its first Synthesis and Analysis Report of the Sendai Framework Voluntary Commitments (SFVC), a report which included NRC’s voluntary commitment (VC) entitled “Building Resilient Local Government Systems in the Philippines”. Prior to GP2019, UNDRR approved and published NRC’s Resilient Local Government Systems Program in the SFVC online platform, an initiative launched on December 2018 that aims to encourage all-of-society and multi-stakeholder engagement in implementing the Sendai Framework. The 3-day event is an initiative of the Disaster Management Initiatives and Convergence Society (DMICS)—a civil society organization pursuing the integration of disaster management to government and public policy—which gathers experts from around the world to highlight the interaction among science, policy and practices. Through such interactions, the Congress aimed to develop a common understanding of risk, and to gain ground on risk reduction and resilience building. The 2018 IAP Forum, held from 11-12 December 2018, served as a platform to assess the implementation of the Sendai Framework and Asia Regional Plan. With the help of members from the UN, international, national, regional and intergovernmental organizations that work on disaster risk reduction, the event also paved the way to discuss better opportunities for pushing the DRR agenda. At the event, Ms. Erni paneled for a discussion on localizing the Sendai Framework.