The Ramon Ang-led conglomerate announced on Thursday it will donate 560,000 kilos of rice as part of its relief efforts to assist communities that are vulnerable to the disease and the effects of the quarantine.

“Starting this week, we will also be adding rice to our food donations,” Ang said in a statement. “We have been able to source 560,000 kilos of rice. We plan to give 10 kilos per family and through this, we hope to be able to continue to help the most vulnerable among us – people who are out of work and families struggling to eat.”

Ang, who is the president and chief operating officer of SMC, also reported that their food donation drive has reached 126,000 families.

SMC’s food donations are being coursed through various channels, including local government units, charitable groups, and church organizations. It has also made direct donations to hospitals and various communities all over Luzon.

Families under the care of SMC’s Better World Tondo, a food bank and learning facility established last year, were also beneficiaries of the food donations.

SMC also utilized its manufacturing facilities to produce 70% ethyl alcohol to address the shortage of hand sanitizers and disinfectants, and is also donating 13,000 units of its own Protect Plus Gold powdered disinfectant for the sanitation of hospitals and government and public facilities.

Ang stressed the company, through its San Miguel Foods business, is committed to continue providing food donations to those who need it the most.

Ang also assured the public that the company has the capacity to produce enough food for the country for the next six months.

“What we want is for food to be one less worry of vulnerable families, health workers, and front-liners against COVID-19,” he said. 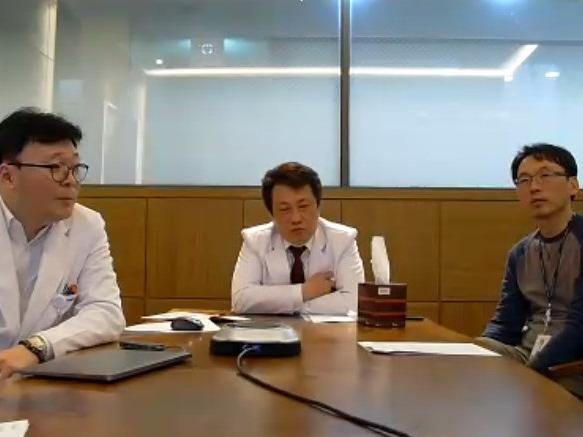 GENEVA, 25 March, 2020 – Trace, test and treat. That sums up the strategy pursued by the Republic of Korea since it detected its first case of COVID-19 on January 20 and its first death on February 20, without imposing a lockdown.

The country has managed to keep its mortality rate at 1.4% compared to a global mortality rate of 4.34% despite an outbreak triggered by the activities of a religious organization in Daegu, Gyungbuk, which contributed to a spike in confirmed cases in late February.

The highest recorded number of infections on a single day in Seoul where 25 million people live, was 75 compared to 735 on a single day in Daegu, population 2.5 million. To date, 85% of the confirmed cases can be traced to Daegu.

The strategy pursued by Korea was explained in some detail today to an online audience of 900 disaster management and health specialists from 105 countries, by Dr. Wang-Jun Lee, CEO and Chairman of Myoungi Hospital and Executive Chairman of the Korean Hospital Association in a webinar organized by the UN Office for Disaster Risk Reduction’s office in Incheon, Korea and the World Health Organization.

“As of today, total confirmed cases are 9,137 among them 3,730 were discharged after recovery and 126 died. So until now fully recovered patients percentage is 41% and mortality rate is 1.4%,” said Dr. Lee who went on to describe the three distinct phases of the epidemiological curve in Korea.

From January 20 until February 17, the number of new infections was low but during phase two from February 18 till March 11, the curve started to trend upwards with patient number 31 associated with the religious group in Daegu. The curve peaked at the end of February and started to level off.

“Phase three started from March 12 till now when we have seen a downward trend in new cases with sporadic new clusters of infections,” he said.

Dr. Lee pointed out that unlike in China, more women (61.4%) than men (38.6%) were infected and the most infected demographic is aged 20-39 recorded 2,419 infections. These unique statistics were linked to members of the religious organization in Daegu.

Nonetheless, as in China, most deaths were among older patients with underlying diseases with a mortality rate of 10% for people in their 80s.

The first policy is one of complete openness and transparency in sharing updated information on new infections through the Korean Centre for Disease Control, simultaneously with all stakeholders, including the media, on where, when and how the infections were discovered and investigated.

Dr. Lee said this was a key learning from the outbreak of MERS (Middle East Respiratory Syndrome) in 2015 and the result is that there is no confusion among the public about what needs to be done to avoid spreading the virus.  No cities have been locked down, no transport closed, and international entry is still open.

The second policy is containment and mitigation. Containment was started after the first case was identified in China on December 30, 2019, and the focus is on identifying infected patients immediately and isolating them to interrupt transmission. “We track all suspected cases and trace all the confirmed cases,” he said.

Mitigation seeks to lower the peak of the outbreak to make it within Korea’s capacity to respond primarily through a social distancing campaign introduced just after the big outbreak in Daegu at the end of February.

It was also decided to close all schools and to recommend voluntary restrictions including no large gatherings and working from home.

“We are so proud of the promoted participation of the patients,” he said.

The third policy is the triage and treatment system developed as a result of the experience of the MERS outbreak.  In any outbreak the biggest challenge is the overflow of the patients exceeding the capacity of the hospital staff, said Dr. Lee.

To overcome this, a triage system was created comprising five isolation hospitals to take care of 19% of cases designated critical and severe, while mild to moderate cases are handled by a network of public community hospitals. Bed spaces have also been created through revamped hotels, gyms and residential centres.

The fourth policy promotes massive screening and fast tracking of suspect cases, underpinned by the accelerated production of emergency diagnostic kits with a weekly diagnostic capability of 430,000.  Dr. Lee said the main weapon is the diagnostic kits combined with drive-through and walk-through test centres.

Korea has more than 100 labs working round the clock with daily testing capacity of 20,000 and this has been crucial in keeping COVID-19 at bay.

In opening remarks, Dr. Stella Chungong, WHO Director, Health Security and Preparedness, said: “This webinar is timely as it is very important to learn and apply the lessons learnt and best practices in Covid Response, and to identify challenges in preparing for, and managing COVID-19 across the world.”